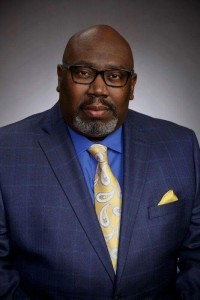 Most recently, he was chancellor and south regional vice president of Western Governors University where he led operations across a five-state region from Louisiana to New Mexico and led the strategic direction of the online, nonprofit university’s Texas-based affiliate with 14,000 students.

He served for 11 years as vice president for student services at Lone Star College—Kingwood, located in Houston, Texas.  The Lone Star College System is one of the fastest growing community college systems in the U.S and the second largest in Houston, with 95,000 enrolled students and 12,000 enrolled on the Kingwood campus. He was special advisor and vice rector for academic affairs and student affairs to open a new campus in 2013 in Jakarta, Indonesia, in partnership with the Putera Sampoerna Foundation.

Rankin is known for his passion and his courage and willingness to speak about injustice and to get involved and active in his local community. He made a “surprise” guest appearance on the Montel Williams Show in 2006 after successfully petitioning for a full tuition, room and board scholarship for the adolescent child of a mother whose husband attacked and severely burned her in a domestic abuse situation.

He is an outspoken advocate for inclusion and equality for the less fortunate.  Rankin has served on numerous boards for both local and national organizations. He brings vast experience leading and evaluating initiatives like institutional sensitivity, diversity, and intercultural inclusion. He is an internationally respected and experienced presenter, researcher and academic.  Rankin practices and advances diversity as a strategic asset to improve organizational outcomes and the human condition.

Congressman Kevin Brady from the eighth district of Texas and the United States House of Representatives commended Rankin on his community service in May 2011. Rankin has presented at over 100 institutions of higher learning including local, regional, national and international conferences on executive coaching, diversity training, enrollment management, student retention, student life, judicial affairs training and more. He also has received numerous awards for his work with diversity initiatives and his work with African American males.

In the Summer of 2002, Rankin created the African-American Institute For Males (AAIM) in his hometown of New Orleans.. He received awards from two mayors of New Orleans and other city leaders for his work with AAIM and successfully launched the AAIM program in Atlanta, Georgia, in 2007. Rankin has also worked with the National Hispanic Institute as a faculty member working with Latin X students on issues related to educational access and success.  As a consultant, professor and administrator,   Rankin has served numerous institutions of higher learning in several capacities.

Rankin attended Delgado Community College (Westbank) in New Orleans before transferring as a dean’s list student to earn his Bachelor of Arts degree from Loyola University. He earned his Master of Science degree in Higher Education Administration, emphasizing student personnel services from Syracuse University in New York and earned his Ph.D. in Urban Higher Education Administration from Jackson State University, Jackson, Mississippi. Rankin is a 2001 alumnus of the distinguished Harvard University Institute for Educational Management Program, an eight-day intensive program designed for senior leaders in higher education. Rankin attended as a Bush Hewlett Fellow. He also studied in 2006 at The Abby in Pontlevoy, France.

The proud father of three sons (Regis, Ethan and Iain), Rankin and his wife, Samira, have been married for 25 years.