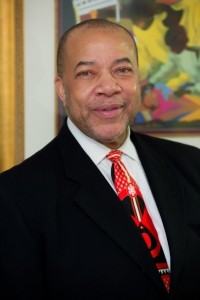 Jarvis Christian University will host its Spring 2022 commencement ceremony at 10 a.m., Saturday, May 7, 2022 in the E. W. Rand Gymnasium on the main campus in Hawkins, Texas.

Featured speaker is Thomas W. Dortch, Jr., an influential leader, community activist, successful entrepreneur and chairman of 100 Black Men of America, the men’s civic organization and service club founded in 1963 to educate and empower the next generation of African American children and teens by providing positive, successful role models and leaders to follow.

Dortch is an entrepreneur, chair and CEO of his own company, called TWD, Inc.  An alumnus of an HBCU, Dortch earned a Bachelor of Arts degree in sociology and pre-professional social work from Fort Valley State University in 1972, launching his career to aid disenfranchised people through proposing projects for the State of Georgia.

In 1974, he became the associate director of the Georgia Democratic Party.  In 1978, he began working as an administrative aide for U.S. Senator Sam Nunn, and eventually in 1990 became the state director, making him the first African American to serve in such a position of authority for any U.S. Senator.  He worked tirelessly to represent interests of small businesses, minorities, and other marginalized individuals.

In 1986, Dortch earned a Master of Arts degree in criminal justice administration from Clark-Atlanta University and joined 100 Black Men of America, a program intended to improve the quality of life and opportunities for education and employment for African Americans.  He served as chairman of 100 Black Men of Atlanta and became the chairman of 100 Black Men of American’s national board of directors. That same year he married Carole Dortch and founded the National Black College Alumni Hall of Fame, Inc. He also cofounded the Georgia Association of Minority Entrepreneurs (GAME) to fill a void as an advocacy organization for minority business development.  Additionally, he cofounded the Greater Atlanta Economic Alliance as a capacity building and business development organization for the construction and transportation industries.

He served in other such capacities as CEO of Atlanta Transportation Systems, chairman and CEO of Cornerstone Parking; chairman of Lancor Parking Management, LLC; managing partner of FAD Consulting, LLC; chair of the board for the Fulton/DeKalb County Hospital Authority and was inducted in 2010 into the Atlanta Convention & Visitor’s Bureau’s Hospitality Hall of Fame.

Please Click on the LInk for Further Details 22022 JARVIS GRADUATION SATURDAY MAY 7 (004).pdf