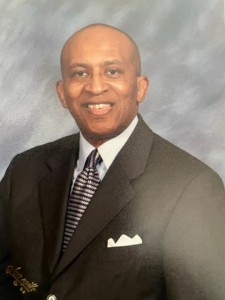 Dr. Jackson served for 10 years from 2006 to 2016 as the former senior pastor of Park Avenue Christian Church in New York City, before retiring from pastoral ministry and relocating to Jacksonville, Florida, and serving as the executive director of the Mass Poor People’s Low-Wage Workers Assembly and Moral March on Washington scheduled for June 19, 2022.

For nearly two decades, Dr. Jackson was senior pastor of Mississippi Boulevard Christian Church of Memphis, a congregation that experienced phenomenal growth under his leadership, from 350 participating members to 8,000 participating members, making it the largest and fastest growing Disciple of Christ congregation in the United States and Canada.

He and his wife, Tina, are the parents of a grown son, Cullen O’Neal Jackson of Memphis.