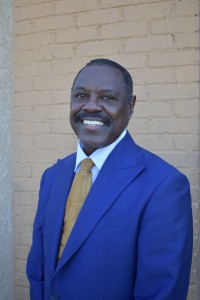 “Dr. Larry Pannell is a legendary, iconic band director, who brings a wealth of experience and energy,” said Dr. Lester C. Newman. “We are excited that he has joined the JCU family and we look forward to the positive impact that he will have on our students.”

He was a band director and music instructor in Bakersfield and in Los Angeles, California; and in Shreveport, Louisiana, before returning to his alma mater in 1992 as an assistant professor and assistant band director. Dr. Pannell has directly trained more than 5,000 student members of the band.

The band was featured in Denzel Washington’s movie, “The Great Debaters,” as well as in the 20th Century Fox movie “Drumline.” A performance honoring the music of Motown during the 1998 Super Bowl XXXII in Qualcomm Stadium in San Diego, California, led to a recording contract for an album featuring the band performing hits made by Motown artists. His band performed more than 300 national performances and many abroad.

His contributions have helped connect the students and the university with an impressive list of America's largest brands including Apple, EA Sports, the National Basketball Association (NBA), the National Football League (NFL) and dozens more.

Pannell says his music career began in 1963 when he joined the 7th grade band to play the clarinet at Linear (pronounced Lin-EER) Junior High School in Shreveport, Louisiana. The 1969 graduate enrolled at Grambling College graduated in 1973 from Grambling with a bachelor's degree in instrumental Music Education. Two years later in 1975, he earned a master's degree in Instrumental Music Education from Louisiana Tech University.

He officially became Dr. Larry J. Pannell when he earned the Doctor of Musical Arts degree from the American Conservatory of Music in Chicago, Illinois. While a student at Grambling, Pannell met the love of his life, the former Mary Lou Anderson, to whom he was married to for 34 years.

After retiring from Grambling State University, Dr. Pannell has been a music consultant for Stillman College in Tuscaloosa, Alabama; Florida Memorial University in Miami Gardens, Florida; and Albion College in Albion, Michigan.

Pannell is driven by his favorite scripture — Luke 12:48 which reads, “For unto whomsoever much is given, of him shall be much required: and to whom men have committed much, of him they will ask the more.”

Jarvis Christian University empowers a diverse population of students of all ages intellectually, socially, spiritually and personally to pursue an affordable education in an inclusive environment that is academically challenging yet supportive, nurturing and responsive to the needs of each student.