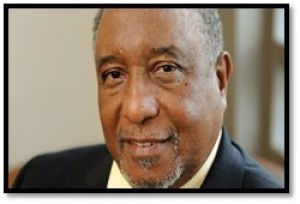 IN CELEBRTION OF THE LIFE AND LEGACY OF DR. MARTIN LUTHER KING, JR.

An authority on the strategy of nonviolent social change, Dr. LaFayette marched with Dr. Martin Luther King, Jr. in 1968, was a leader of the 1960 lunch counter sit-ins in Nashville and the 1961 Freedom Rides. He is passionate about bringing about social change as he seeks to institutionalize and internationalize nonviolence.

He has served as director of Justice and Peace in Latin America; chairperson of the Consortium on Peace Research, Education, and Development; director of PUSH Excel Institute; and minister of the Westminster Presbyterian Church in Tuskegee, Alabama.

He earned his undergraduate degree from the American Baptist Theological Seminary in Nashville, Tennessee, and his master’s and doctorate degrees in education from Harvard University.

While serving as director of the Nonviolence Peace Education Center, he held a peace chair at Gustavus Adolphus College in St. Peter, Minnesota. He served on the faculties of Columbia Theological Seminary in Atlanta and Alabama State University in Montgomery, where he was dean of the graduate school. He served as the Tuskegee Institute High School principal in Tuskegee, Alabama, and was a teaching fellow at Harvard University.

His has written on pedagogy and nonviolence, campus ministries and social change in the 1960s, leadership, curriculum and training on nonviolent social change.

His 2013 book is titled “In Peace and Freedom: My Journey in Selma,” which he co-wrote with Kathryn Lee Johnson. The book was honored with the Lillian Smith Book Award in May 2014. In the forward to the book, U.S. Congressman John Lewis wrote, “A powerful history of struggle, commitment, and hope. No one, but no one, who lived through the creation and development of the movement for voting rights in Selma is better prepared to tell this story than Bernard LaFayette himself.”

Dr. LaFayette also served as an editor of the 2016 book titled “The Chicago Freedom Movement: Martin Luther King, Jr. and Civil Rights Activism in the North.”

A former president of the American Baptist College of ABT Seminary in Nashville, Tennessee, Dr. LaFayette also served as a scholar in residence at the Martin Luther King Jr. Center for Nonviolent Social Change in Atlanta, Georgia. He also is a pastor emeritus of the Progressive Baptist Church in Nashville, Tennessee. He founded the Center for Nonviolence and Peace Studies at the University of Rhode Island and served as its director from 1998 until 2006. For the next nine years, he was a distinguished scholar in residence at the Candler School of Theology at Emory University in Atlanta, Georgia.

LaFayette also founded the Emory Center for Advancing Nonviolence (ECAN). He still teaches an online class through Coursera and Emory University that sheds light on the often-overlooked strategic planning that supported the direction of the events of the Civil Rights Movement. It is called “From Freedom Rides to Ferguson: Narratives of Nonviolence in the American Civil Rights Movement.”

Today, he serves as chair of the Southern Christian Leadership Conference (SCLC) and is a faculty member at Auburn University in Alabama.

He received the Bill of Rights Award by the Tennessee ACLU in 1999 and the University of Rhode Island Diversity Award for Lifetime Achievement in 2005. Mount Holyoke College awarded him a Doctor of Humane Letters in 2012 and also that year received the National Civil Rights Museum’s National Freedom Award.

The University of Rhode Island awarded him an honorary doctorate in 2014. He received the “I Am a Man” award in Memphis, Tennessee in 2016, and also that year, received the Mahatma Gandhi International Award for Reconciliation and Peace in Durban, South Africa. The award is presented by the Gandhi Development Trust by Ela Gandhi, the social activist granddaughter of Mahatma Gandhi.

As a peace and nonviolence lecturer and consultant, he has widely traveled.

Dr. LaFayette is featured in David Halberstam’s 1998 book, “The Children” and in many documentaries on peace and nonviolence. Married to the former Kate Bulls, Dr. LaFayette is the father of two sons and has seven grandchildren.